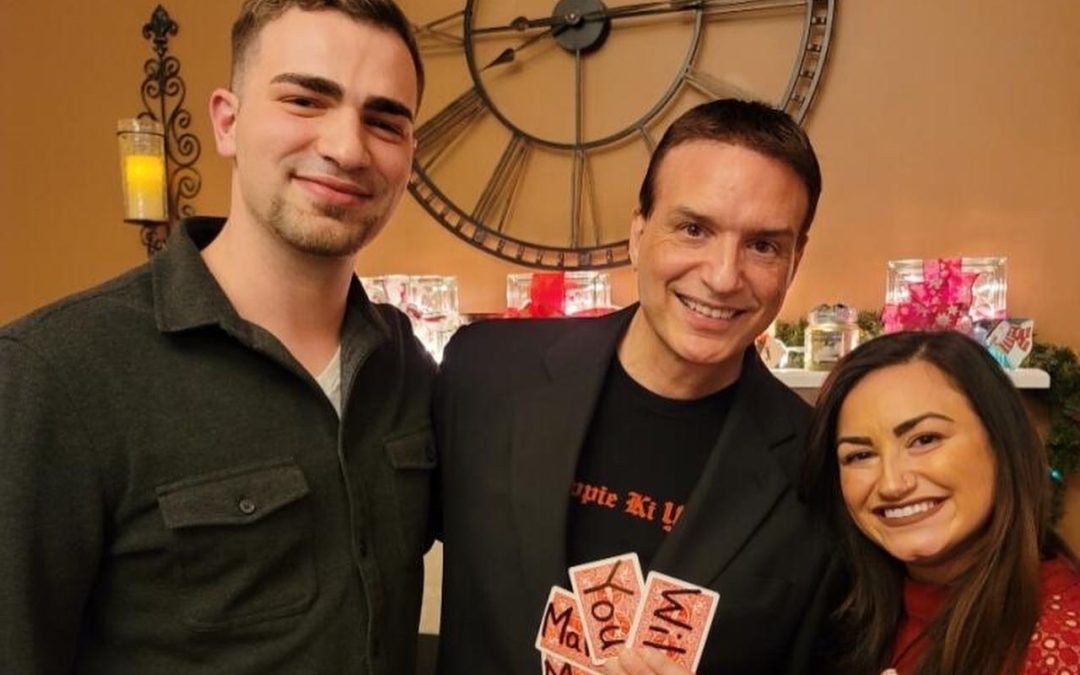 Out of all the Magic Marriage Proposals that I’ve done over the years, this one was the most special!! I helped my daughter’s boyfriend propose to her on Christmas Eve. I had to create a unique magic trick to not arouse suspicion, since my daughter has seen so many of my proposals. Jon & I practiced, and made it happen. She was totally surprised, and she said “YES.”. It was an honor for me to be a part of it. The Christmas party turned into an engagement party real quick!