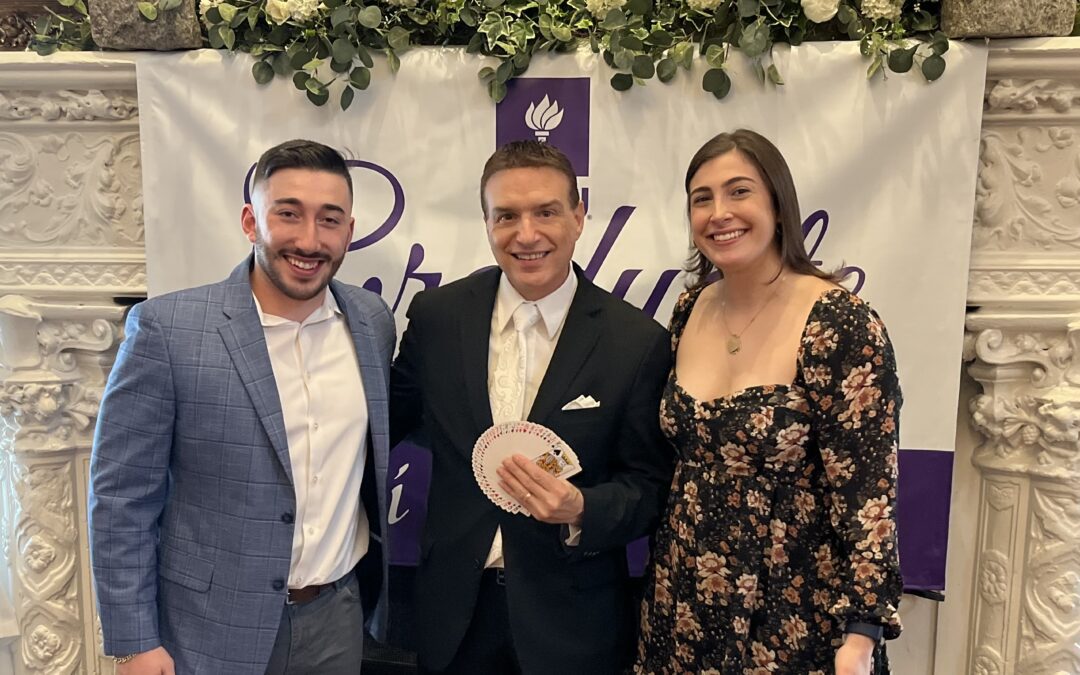 5-Star Google review from the event:

We hired Chris for a surprise graduation party of about 70 people. He arrived on time and was extremely professional. We chose to have him do strolling magic routine. He immediately went from group to group and broke the ice amongst our guests while performing extremely entertaining and mind-blowing illusions. I was able to bounce around and see most of his routine, but apparently there were a few tricks I missed. Luckily the ENTIRE party was talking about him and I got the full rundown time and time again as guests approached me about the amazing entertainment.

I would recommend Chris to anyone who needed an entertainer for a large party. He was very sociable and put a smile on everyone’s face not only with his magic, but with his charismatic showmanship as well.

To say the least the party was a huge success thanks in part to Chris and his remarkable illusions! Job well done!